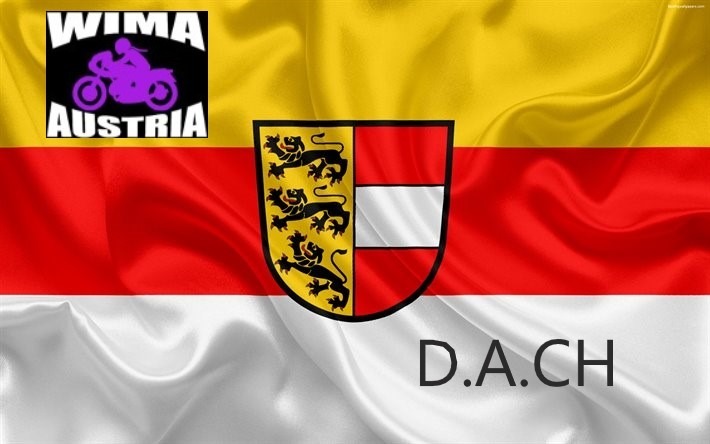 On 25.7. it was time for us A-girls to leave to meet our biker friends from CH and D, to spend a few nice days and ride some nice tours together. Punctually at 9 o’clock Michaela, Renate, Claudia, Chris and I start in the direction of Carinthia, Chris, our route planner, according to our status with a suitable number plate

The weather forecast had predicted sunshine and warm temperatures, but when we arrived at the Teichalm/ Sommeralm via Gloggnitz, Feistritzsattel and Birkfeld, it was so fresh that we had a round of tea

Via Gratwein, Geisttal, Piber and Voitsberg we reached the Gurktal via the Packsattel and Klippitztörl, whereby Chris always had a brilliant nose for scenically great, small mountain roads. Somewhere in the beautiful no man’s land, I think it was called Gunzenberg, we stopped at Würstel and Kasnocken, the clock showed already 16 o’clock ….

We went on towards Millstadt and Seeboden, and when we thought, the last few kilometres on the main road would be easy, Chris quickly turned off into an adventurous forest road, which was only allowed to be used by the road control. After Chris works at the Asfinag, everybody decided for himself that we were also allowed to drive there. After a little trembling, if the road would end in a dead end, construction site or quarry, we enjoyed the drive high in the forest over the Liesertal, until we arrived after 450km safe and sound in Fischertratten (which Elsbeth had changed into “Fischratten”). There Anneliese, Su, Bärbel, Karin and Elsbeth were already waiting for us, and we could pass over into the comfortable part. With Pizza and red wine we let the successful day, and/or evening end…..

Our next virtual regulars’ table: Tue, 1 December 2020, starting at 19:00, Description: We invite you to a scheduled zoom

END_OF_DOCUMENT_TOKEN_TO_BE_REPLACED

A fresh ride through autumn sun 🙂 Will this seas