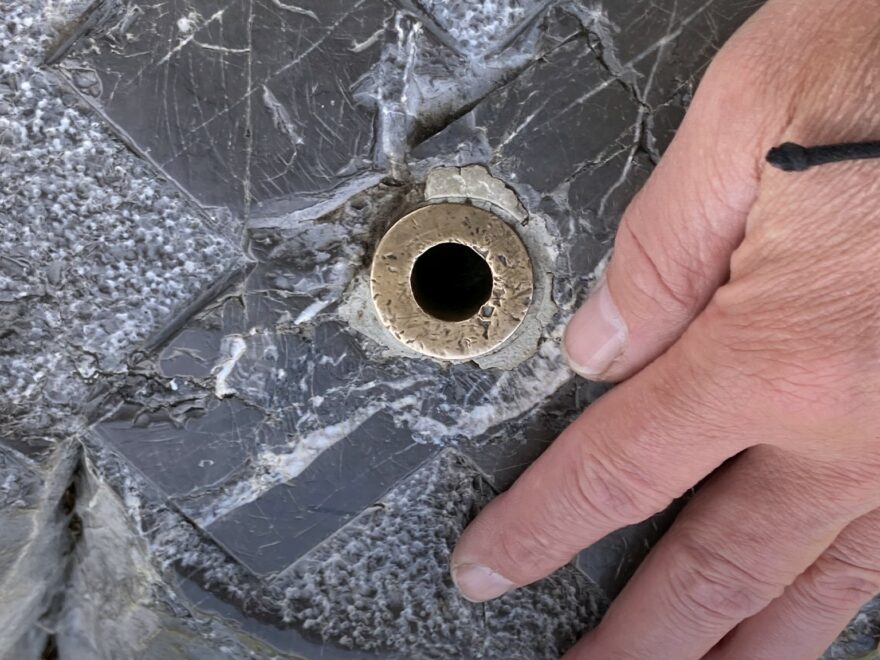 Today, getting up is a little hard.
The late bedtime and the morning cold keep the motivation in limits to leave the (relatively) warm sleeping bag.

There is a short breakfast, then the first stations of today’s mystery rally start.
By now a permanent part of a WIMA rally, there are different interpretations of how they are arranged.

What they have in common, however, is that they cover the nearer and wider surroundings of the rally location.
We are in Switzerland, so what is more suitable than a Schoggi target throwing station as a start?
From here we continue (following yesterday’s return route) to Sachseln, where a guessing game (counting peas) awaits us at the pilgrimage church.

Then it’s up the many hairpin bends and small roads to the Sörenberg (“summit”) cable car valley station. Here we have a tactile game. And finally we go to Landis, where we have a balancing act as a station.
Afterwards there is a well-deserved coffee or ice cream break.
Since we are so quickly finished with the stations of the puzzle rally, we decide to go to the geographical center of Switzerland, which is located near the rally “base station”.
It is no wonder why this interesting place was not part of the riddle rally.
The access road is relatively steep and the rest of the route is relatively flat, but the road is narrow and nestled against the mountainside. So we drive the 10km to the end of the dead end to walk the last 200m to the geographical center of Switzerland.

After the photo session, Faja and Versya consider taking the approx. 3km shortcut via gravel road over the mountain to Melchtal, but the number of forbidden signs is nevertheless convincing and so it continues the 25km in a curve back to camp.

Barely arrived at the camp, a new pass is mentioned, which sounds interesting.
The Ächerlipass sounds cute, but it can also excite us. At least up to the point where he is closed due to a construction site. But tomorrow is also another day and there he should be at least temporarily open.

Anyway, we turn around again and cavort to the final rehearsal for today’s Trash Evening (and the name is ingenious program)

There are brilliant performances of all participating divisions.
We perform “Tröpferlbad” by Piron and Knapp and we also get our applause.
And, so we also get to bed late again.