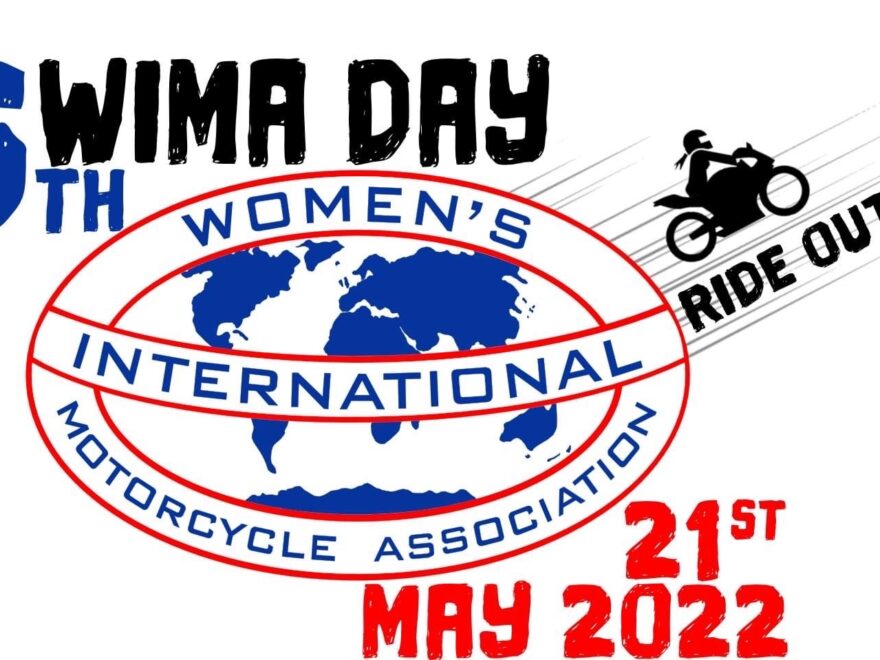 The first Saturday in May is IFRD (International Female Ride Day), the third Saturday in May is WIMA Ride Day (WRD).
We are spoilt for choice every year, usually it is the WIMA Ride Day, sometimes both, rarely only the IFRD.
This time we had an overlapping season opening tour to Slovenia (as a replacement for San Marino) – but that will be another story.
That’s why only a very small group showed up for the WRD date.
Iulia, Laura and Versya were at the meeting point in Korneuburg (especially at a later time, because jetlag and motorbikes don’t mix so well) and from there we went over small roads towards Lednice in the Czech Republic.

The distance, on the almost direct route, to Lednice is just 80km and therefore we were in no hurry.

After Mistelbach, however, there was an incident at a crossroads (remember: stopping in hanging curves only works if you have long enough legs! 😉 ) and immediately afterwards the BMW in question began to smoke and smell badly.
The suspicion was that oil was being burnt here, only the origin was not quite obvious to us. Therefore, to be on the safe side, we turned back to have the machine checked at the Öamtc in Mistelbach.

Already on the way back, the BMW stopped smoking and the nice ÖAMTC employee was also of the opinion that this was the end of the matter. So we turned around again and continued our journey to Valdice and then Lednice.

Both castles belonged to the Princely Family of Liechtenstein before they packed up their treasures in time for the end of the Second World War and revived their ancestral castle in Vaduz, which had been rather little used until then. With only 160km² of total land area – more than 3/4 of which is pure mountain – it was the ideal getaway.
It was ingenious and obvious to catapult the whole country into the top 2 (by GDP) in Europe by means of tax privileges and tax avoidance accounts, thus keeping the idea of flight alive.
However, the EU taxpayer has one question: Is there perhaps even a tax evasion or oligarch account holiday in Liechtenstein? The Liechtensteiners’ gratitude in this regard should actually be quite great.

But I digress, and even though the topic would also be just as interesting, we are currently on the bike and are just riding the long straight between the winter and summer seat.  It runs through small forest and lake areas and is also popular with female cyclists. In Lednice there is the usual tourist hustle and bustle, but with a motorbike we have always found a place there.
The castle park invites you to stroll around and take photos, and the little castle is beautiful to look at.  We look for a shady spot on a side arm of the large lake and unpack our picnic. There is something for everyone and the atmosphere invites us to stay longer.

After a while we have to make up for the time lost due to our ÖAMTC stop and have to continue.

We now drive without a sat nav because the battery is flat and the charging dock is without voltage (at home I find the plug that has come off), but we always find our way home.
First we take winding roads over the Devin to Mikulov, which also has a wonderful old town including a castle, then on to Brezi, Dobre Pole and then across the border back to Austria.

It’s a bit later now but still warm and bright thanks to the season, nevertheless we cut a bit of the route and are home in time before dark and cold.